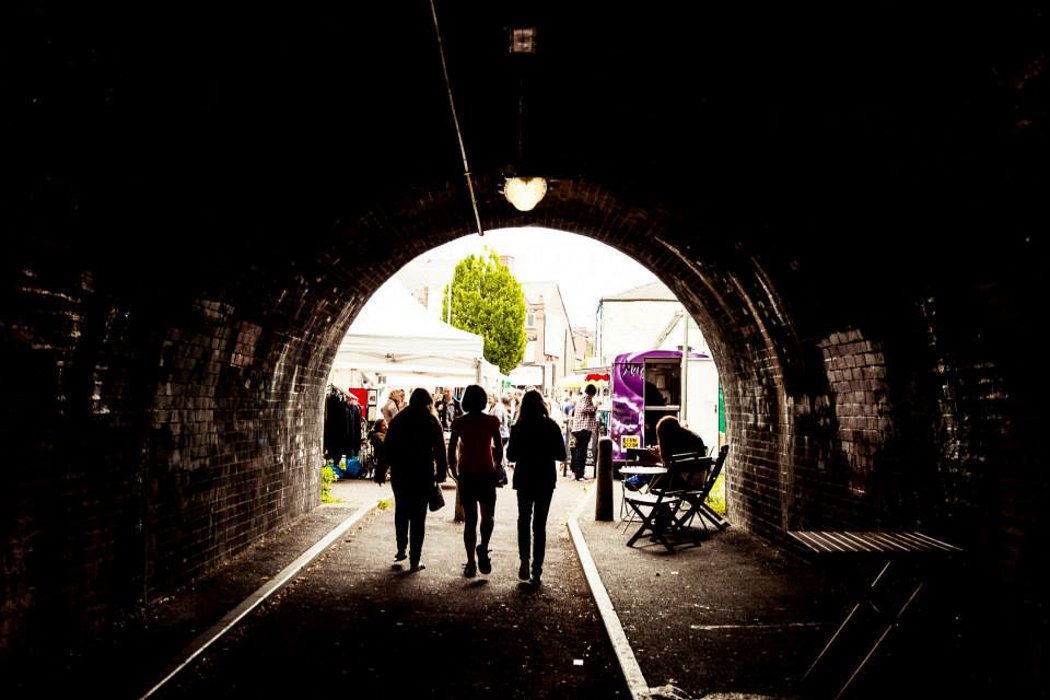 Well, we promised a rip-roaring line up of exciting entertainment and we’re not ones to disappoint so we’re very pleased to announce our entertainment schedule for Friday’s night market – if you’re not sure what the night market is all about, click here for more info and here and here for our stall holder listings for the evening – tasty stuff!

So, without further ado…all the things to do!

5.15pm – 5.45pm – Singer/songwriter Rachel Hillary
Describing her music as ‘poetry set to song’, Rachel Hillary has much in common with other nu-folk artists from Manchester and sees her live performance surrounded by any combination from simply her and a guitar to that of ukuleles, mandolins, djembe drums and banjos. She also relies on spontaneity as a source of inspiration, much like the Beat poets; all kinds of great things can happen by accident. Fans of Feist, Birdy, Melanie Safka and Bob Dylan will find Rachel Hillary a complimentary addition to their (already impeccable) music catalogue.

6.00pm – 6.30pm – Soloist Lee Parry
Lee says: “I’ve been playing music since I was about 9, first with a keyboard my parents bought me from a car boot sale then gradually progressing and ending up playing any instrument I could get my hands on. I’ve been playing solo acoustic shows for around 3 years now around my home town, York, and now in Manchester where I’m studying for a Master’s degree. I play guitar upside down, but don’t let that put you off.”

6.30pm – 7.00pm – OFFICIAL FESTIVAL OPENING
Who else to open the Levenshulme Food and Drink Festival for 2014 than the woman who makes it happen – Jean Bernard! Jean will also be announcing the winner of the inaugural Levenshulme’s Best Takeaway competition (voting closes at 9.00am Friday 20th – make sure you vote before then!) and making some other VERY exciting announcements about legacy projects for the FADfest that will be happening over the next year….

7.00pm – 7.30pm – Rising star,  Liam McClair
22-year-old Mancunian songwriter Liam McClair has been making waves in Manchester. Following the release of debut EP How, the singer has recorded a second short album, to come out on July 26th.  A typical product of the internet age, Liam’s diverse taste is reflected by the unexpected cover he’s produced, including a stripped-down version of Arctic Monkeys stomper R U Mine and hip-hop classic No Diggity. However, you’ll also detect the influence of classic Mancunian songwriters such as Stephen Fretwell, while his powerful voice recalls Guy Garvey of local heroes Elbow. Difficult to pin down – but that’s how he likes it.

Ace, eh? And don’t forget that we will be giving away FREE LoveLevenshulme shopping bags with every purchase at the market (one per person, while stocks last) and that all of the above will be held in our LUFFLY covered seating area, with hay bales and bunting and maybe a few OTHER surprises thrown into the mix too. We like surprises.